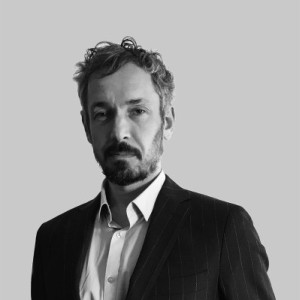 The power of No

We all want more business, more profit, and to be more successful. In my past posts, I have talked quite a bit about new opportunities for signmakers, but I've never talked about scaling down.

I remember a time when I was a sales executive visiting signmakers, that every once and a while, some of them would sell their equipment and become installers. At the time I thought they were failing in their business, but strangely enough, they were always very relaxed. Later I learned they were actually focussing on what they enjoyed the most. They were getting rid of all the “extras”, which they actually never liked.

How often does it happen that you are really enthusiastic about a job that you have just finished? Or are you taking any job that comes your way? Maybe you are manufacturing signs or wraps that are designed by somebody else and you really don’t like them very much. You do the work, but maybe you’ll leave it out of your portfolio this time.

I am still haunted with one assignment, where the end customer already chose a sign system which I knew was not really “up there” in quality. Okay, let’s be honest. It was total crap. It had super-sharp edges, the plastic didn’t fit right and it took too long to mount to the wall in addition to being expensive. The customer liked it though, so it was executed. As I expected, when I visited later, it was obvious that the result was very bad after one year of use. So, it was not a job to be particularly proud of, after all.

While (hopefully) the “thinner” months after the pandemic are behind you, maybe you can start having the luxury to say “no” sometimes? Not because it doesn’t pay enough, but simply because you don’t really like the project.

How are you going to explain this to your customer? Maybe this is a bit of Dutch arrogance, but it doesn’t hurt, to be honest to your customer instead of agreeing all the time. You are the PRO and if you think it can be better, say so, or just don’t do it. A bit of “diva” behavior probably will increase respect. As well as your hourly rate later on!

For me, it has worked well and I enjoy working a lot more, and for a better rate. It has even allowed me to work a bit less and enjoy some time off a bit more frequently.